This guy (per Natacha) is helping him with getting papers; (to get around his Immigration road-blocks). 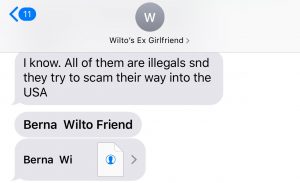 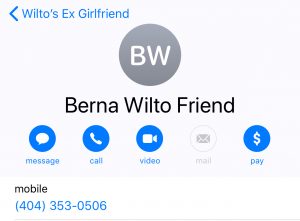 The sad part about this guy is, –when Berna met Wilto in 2015–he’d only met me twice; (once in the hospital; which was “his 1st time meeting me”; (where he saw me taking care of “my husband”, yeah, (Contrary to the lies he’s been spreading about me) just minutes AFTER I’d driven 40 miles just to wash Wilto’s funky a&& after his surgery) AND and again, when “he came to our house” to play Dominoes and at that time, we only said “hello and goodbye” then I was out with the girls on a road trip to Jekyll Island.  So for him to say ANYTHING BAD ABOUT ME, —ANYTHING AT ALL makes him a complete and total insensitive prick; he doesn’t know me!  ONLY THE LIES SPREAD BY THAT SPUN OF SATAN.   I’ve never invited him into any conversations and I think he’s a very vile and irrelevant a-hole for telling Natacha NASTY things about me and I’m mad as hell about it! FREAKIN’ LIVID!!!!!!  For him to spread these rumors and defaming me with that narcissistic Haitian BS he got from Wilto; to speak ill of me having NEVER sat with me, NEVER called to check on me or to see how I was doing after my divorce; he’s NEVER lived with us or “witnessed” a F’n thing behind “OUR“ closed doors.  This all says “A LOT” about this guy’s character…HE DOESN’T HAVE ANY!

What he did was disrespectful, damaging and I’m furiously appalled.  And that goes for,

that believes Wilto’s lies about me.  NONE OF YOU PEOPLE ARE DOING YOUR OWN RESEARCH TO LEARN THE TRUTH, BECAUSE THE TRUTH DOESN’T MATTER TO THESE HAITIANS…YOU A-HOLES STICK TOGETHER NO MATTER WHAT; —NOBODY CARES THAT WILTO’S A CON ARTIST; A SCAMMER!  An Illegal that has committed marriage fraud against me and government entities in more ways than one.  He’s a psychopathic liar!  “THE GREAT PRETENDER!”  HE’S  LIKE A STAIN ON A DRESS; YOU JUST CAN’T SEEM TO GET RID OF IT!

How would you feel if people spread rumors about you?  Dragged your name through the dirt?  How would you like it if I called I.C.E. in on your behind?  Have them “investigate” your behaviors?  Your “SECRETS”? If I told people to stay away from you?  You wouldn’t like that would you?

KEEP MY NAME OUT OF YOUR MOFO MOUTH (and just so you know, I’m being EXTREMELY nice.   There was a time I would’ve gone to a person like you and cursed your MOFO a&& out so bad that you’d be left in tears.) …But God… (MY FAITH IN HIM, has kept me from people like you since 2017).  And now this????

Keep my name out of your mouth or I’ll HAVE YOUR A&& in COURT FOR SLANDER!  A-HOLE!  You people get on my mofo nerves, keep F’n with me, just keep spreading lies and these damaging rumors about me like I’ve done something to your b8tch a&&es!   You people have the audacity to come into the U.S. do all of these illegal and reckless deeds to us and then sit back and talk sh*t behind our backs while mocking us (our government) with your chauvinistic Haitian BS!  THIS IS MOFO AMERICA!   AND IT’S TIME SOMEONE LET’S YOU KNOW THAT WE DON’T PLAY THAT SH&T OVER HERE!

KEEP MY NAME OUT OF YOUR MOFO MOUTH!!!

What is wrong with you crazy Haitians?!?!?   What the F@ck is wrong with you people?!??!  I’m warning you, I’m telling you, I’m begging you!  STAY OUT OF MY F’n BUSINESS or I and my family will have FOX NEWS, I.C.E., G.B.I. and Homeland Security so far up your ratchet a&&es you’ll be begging to be shipped back to Haiti. Don’t believe me?

Freakin’ A-Hole!  Keep following along with Wilto’s BS. He’s gonna leave you a check your a&& can’t cash!  Trying to help your “BRAW”.  Dumb and Dumber, the blind leading the blind.  Wilto’s a Walking Cliche’, –there is “NOTHING” new with this one.  ONCE A SCAMMER, –ALWAYS A SCAMMER!  Now run tell that!

BECAUSE I SURE DID, YOU ARE ALL ON NOTICE!!!!

AND IF ANYTHING HAPPENS TO ME, –THE FIRST PEOPLE THEY WILL COME FOR ARE  YOU FREAKIN’ HAITIANS!  BELIEVE THAT!

1st Agent:  Rose L. – (Silver Circle) – The sign was a Large Board and was destroyed.  It was never replaced.

The 1st Time – it was a Large Board sign and it was destroyed (broken from the clips).  So she replaced it.

The 2nd Time – the sign was knocked down.  (I was working out of state and my agent had to go over to put the sign back up.) 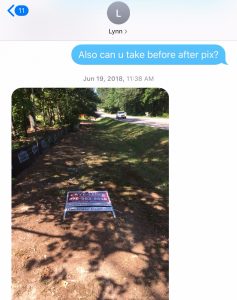 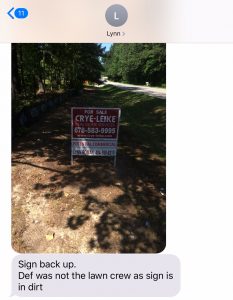 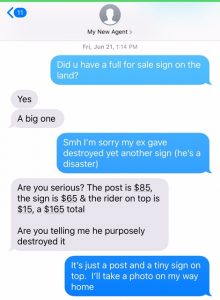 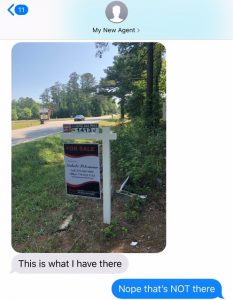 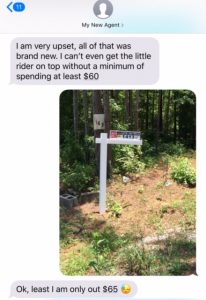 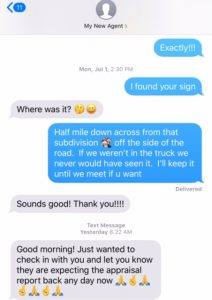 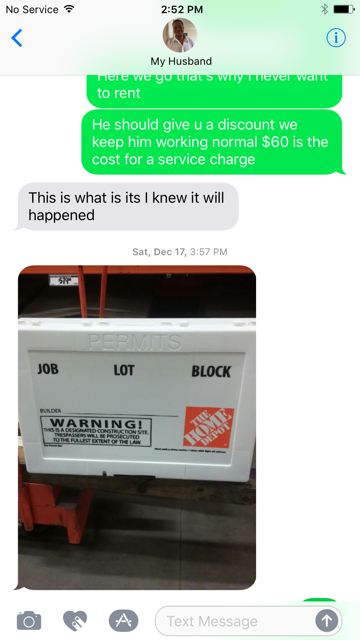 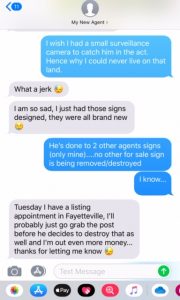 Yep stole the contractor’s box from the land and returned it to the store.

It’s called…VANDALISM! And by the way, it’s also, A CRIME!

Privacy and Legal Disclaimer
The contents of this website, such as the attached public records, text, all graphic and non-graphical images, videos, emails and other material contained in its (“Content”) are for the exclusive use, benefit and knowledge of legal cases (past, present and future); for investigative and informational purposes of Homeland Security, U.S.C.I.S, F.B.I. State Government, U.S. Immigration Judges and U.S. Congress/U.S. Attorney General wishing to view evidence (in the sole possession) of the Owner. Further, the (“Content”) of this site and its entirety will remain active and/or password protected until and unless one or all of the above entities request its release.  Further hacking of this site and those responsible for hacking this site “WILL BE SOUGHT OUT” and prosecuted to the fullest extent of the law. People will do ANYTHING to (“hide their double life and illegal immigration secrets”).  My non-profit organization plans to STOP IT!